There is one thing the riots currently coursing through some of America’s biggest cities have in common: NONE of them are about “black lives” or “social justice.” They are also not about Minneapolis man George Floyd.

When the protests first started going awry, some liberal politicians tried to turn the mounting violence into a weapon with which to attack Donald Trump. It was “white supremacists,” these cretins screeched.

But as the hours passed, video proved that there were no “white supremacists” burning buildings, looting stores, or attacking cops. Video showed young white and black people exclusively serving as the criminal element turning George Floyd’s memory into a series of riots.

On Saturday, President Trump warned that the U.S. government would designate Antifa as a domestic terror outfit (which it always has been), and hours later U.S. Attorney General William Barr confirmed that Antifa had hijacked the initially peaceful protests and turned them violent.

Indeed, some black residents have come to realize that these outside agitators and Antifa criminals are making the black community look bad.

Two black women confronted two white women who were spraypainting “Black Lives Matter” on the front of a Starbucks building.

“Hey! Hey! Don’t do that! Please don’t do that!” the off-camera woman can be heard saying.

The Antifa member had a pathetic response. “Don’t police how people express themselves.”

The black woman said that no one asked them to spray paint the side of a building, especially in the name of black people.

“They gonna blame that on us!” the woman behind the camera shouted. “Y’all are part of the problem.” 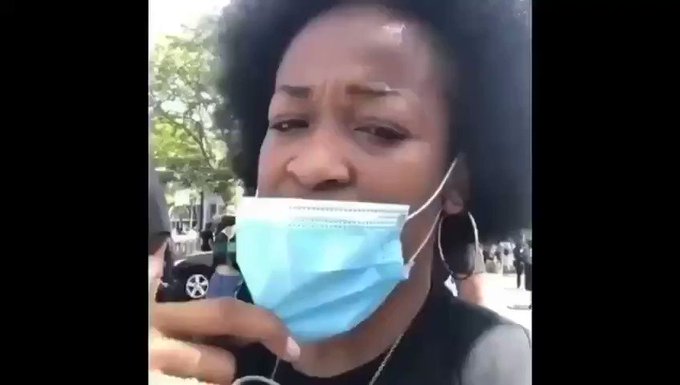 Having an event? Email Us!